Apple users expected the new iOS 15 update to bring many improvements. However, users are reporting that it is causing their iPhones and other devices to become unusable. Users across the world have reported that after installing the update, they cannot access anything on their phone and that there is a red “!” icon placed below the Apple logo. It seems after connecting the phone via Lightning to a computer; all data is lost. If you’ve yet to update to the latest version, you should wait.

Apple has not released any statements regarding this issue. Still, in the meantime, you might want to contact them for further assistance. Also, the company has not yet issued any guidance on this issue concerning unusable devices, which means they have no plans to provide workaround options at this time. As of now, there are no ways to downgrade from iOS 15 to 14.

The iOS 15 update brought several new features and improvements. Still, it might be worth waiting for the next iteration to come out. The next update might not include any new features or improvements, but it can fix bugs and errors.

If you’re an iOS user, here are some tips on how to avoid bricking your phone. First off, always backup all of your data before installing any new update. It’s also a good idea to avoid updates on release dates. Updating to the first version of new software has been proven to cause problems for users in the past. If you’re unable to do this, make sure that your device is running the latest version before proceeding with an update.

Lastly, ensure that you have the correct information about what’s coming up in the update before proceeding with it. If something looks off or is too good to be true, don’t proceed until you’ve gotten more details on it.

The major flaw is a significant problem that will affect many users worldwide if they do not provide support soon. 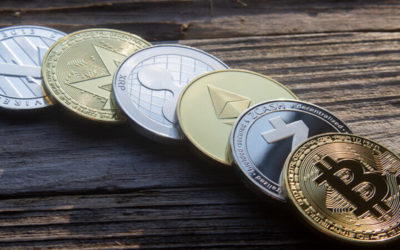 5 Years from Now: The Future of Cryptocurrency

Cryptocurrency is a word that has been thrown around quite often in the past few years. There are many different coins, all with their unique features and benefits. One of the most popular ones is Bitcoin, which was created by Satoshi Nakamoto back in 2009. As...